In the past, human-to-machine interaction was modeled primarily on a single user interacting with a single machine. The lifespans of our built environment were long. And most use cases for the "home of the future" were about automation.

The field of studying how humans interact with computers became established in the 1980s with the publication of The Psychology of Human-Computer Interaction.1

The groundwork had been laid already in the 1960s by pioneering researchers such as Doug Engelbart, inventor of the computer mouse.2

Engelbart and his team radically altered people's understanding of how humans could interact with computers. Surprisingly, they found in user tests that even though people had never seen or used a mouse before, they immediately caught on, making fewer mistakes and moving faster than when using other computers interfaces like the keyboard and a pointer pen.3

The team went on to invent a number of foundational interaction technologies, the first demo of which has become known somewhat affectionately as "The Mother of All Demos."4 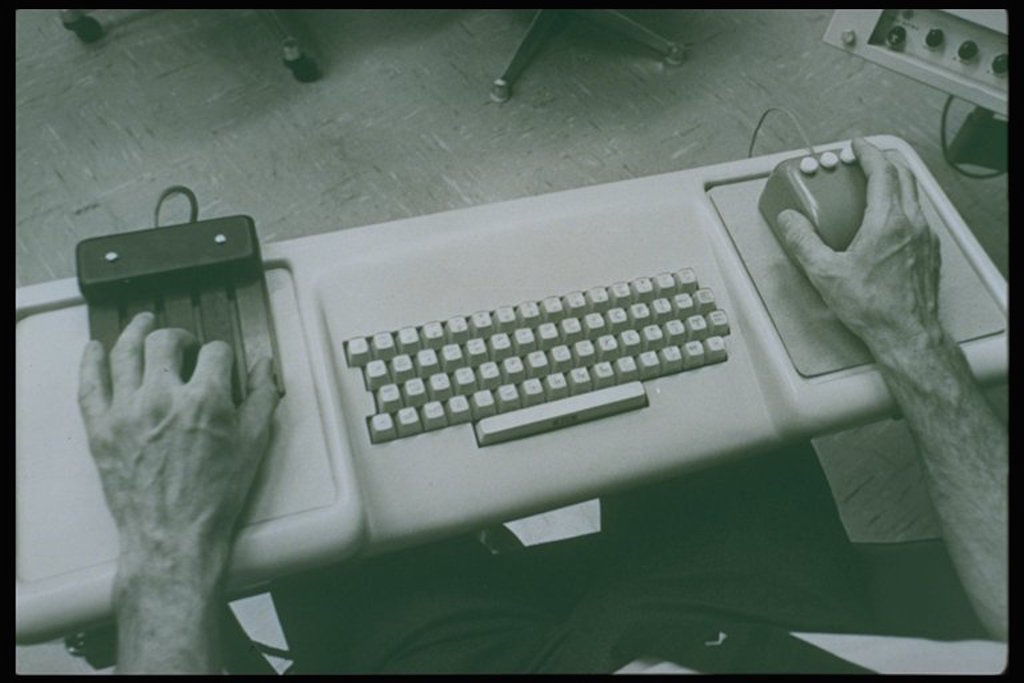 If you watch Engelbart's demo (which you should, it's both brilliant and entertaining), you will note that he has to start pretty much with first principles:

That means he doesn't just need to explain how the mouse works, but also needs to elaborate on:

For example, there's a long passage in the demo in which Engelbart describes typing up a shopping list. To do that, he also has to set up how and why you would sort and cluster the list, how you could copy & paste text, and why the mouse makes it easier to do so.

That's a lot of explaining for just one small, novel device.

Engelbart's demo gives us a good understanding of the challenge for today's product designers making objects for the connected home. Not only do they have to describe what the object is and why its useful, they are also defining an entirely new field, with new layers of interaction and more complex systems than we've ever seen in our homes before.

Human-to-machine interaction changes quite quickly. In recent years, we've seen major improvements to interfaces such as touch, voice and VR. Behind these innovations is the availability of ever-increasing computing power.

Since the 1970s, computing power has effectively doubled every two years.5 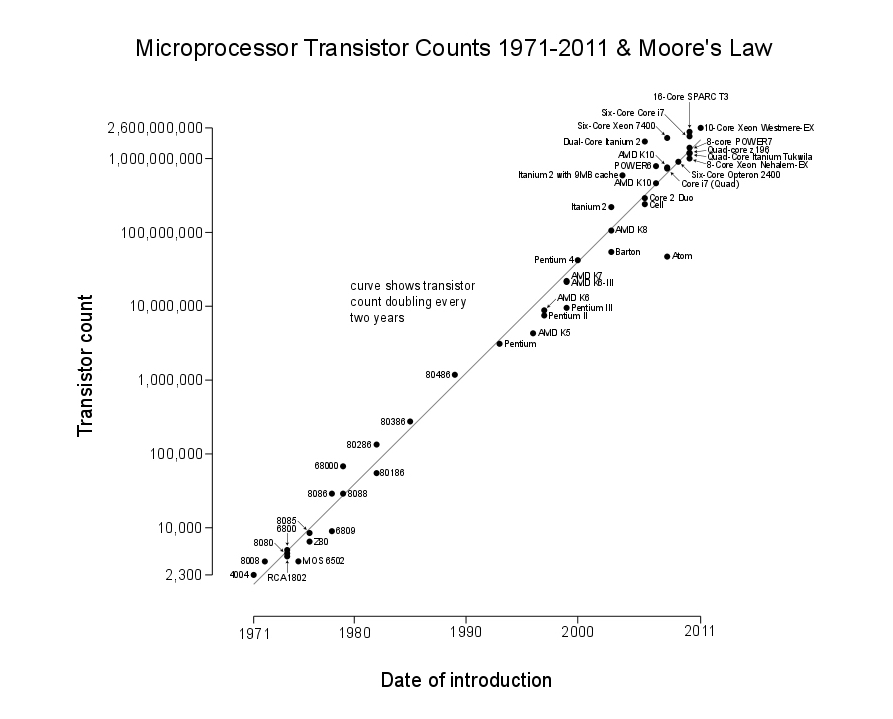 Moore's Law as illustrated by "A plot of CPU transistor counts against dates of introduction; note the logarithmic vertical scale; the line corresponds to exponential growth with transistor count doubling every two years.6

However, while our computing environment moves at such a rapid rate, our built environment—that of our homes, places of work and leisure, our streets and urban infrastructure—have historically changed at a much slower rate.7

Buildings can take years to construct and then stand for decades, if not centuries. Renovating and retrofitting are important ways we maintain and repurpose our built environment. These are all relatively lengthy and costly processes, as compared to updating a digital service or personal devices.

With that in mind, we have to consider how these different timescales and lifespans intersect. Buildings and their infrastructure move at slower rates than computing. That means new digital services and connected objects must play with structures that may be hundreds of years old. 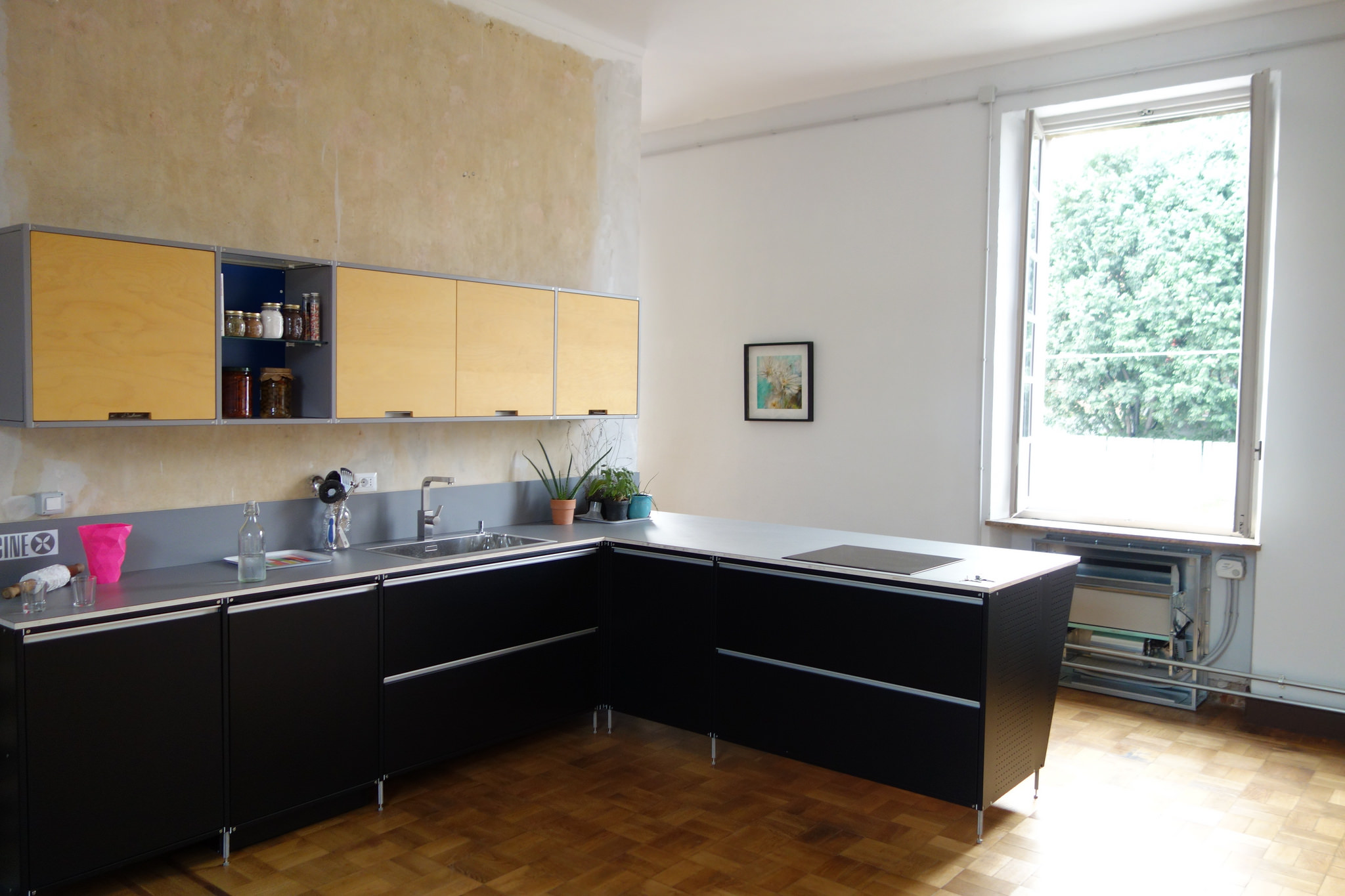 Kitchen of an Italian home. Casa Jasmina in Torino, Italy.8 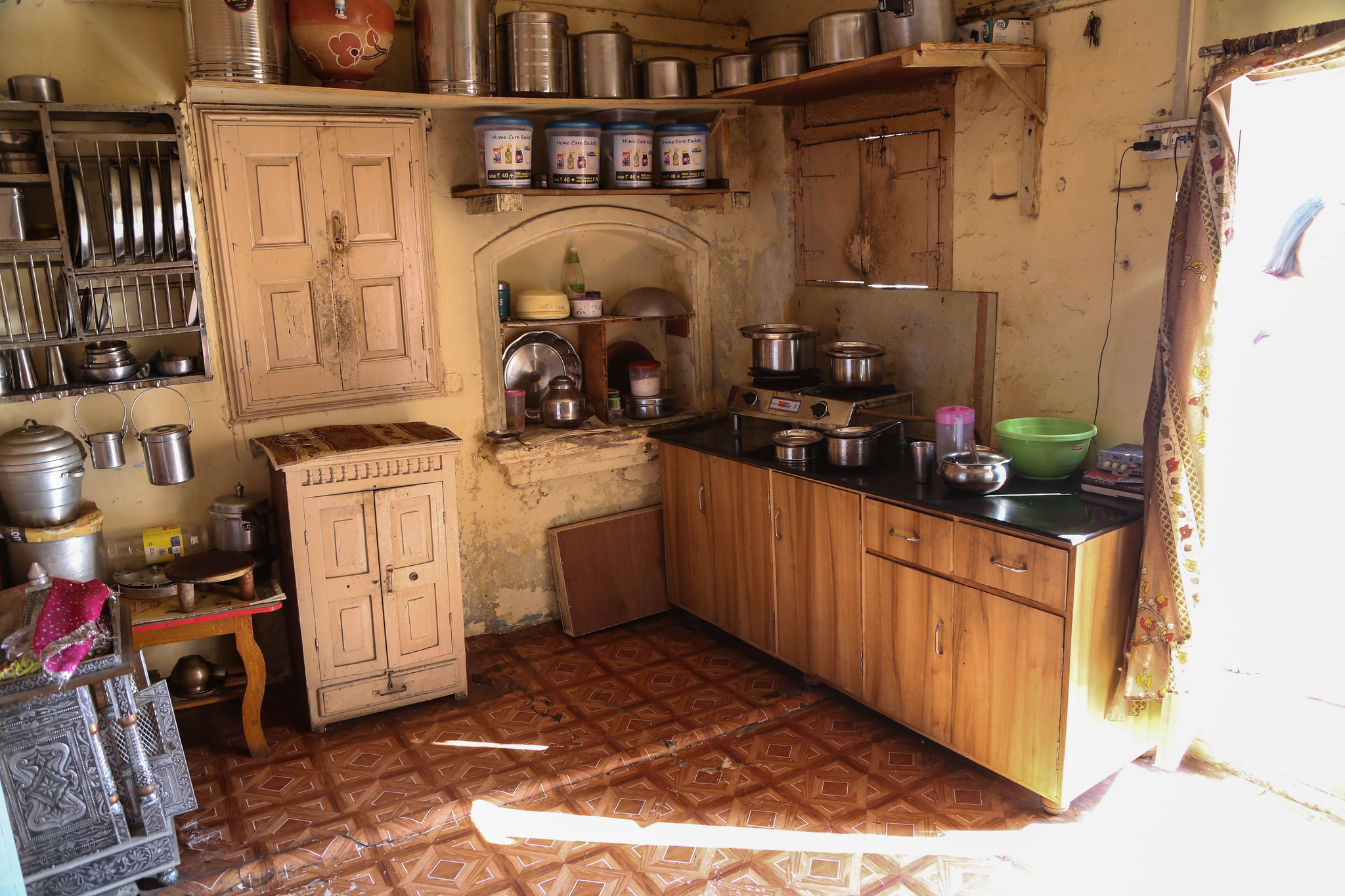 Automation in the home

There is a rich history of "homes of the future." These visions say much about the time in which they were created. What were the power dynamics? The sense of self and of collectives? The relationship to domestic practices? To other humans? The role of technology? Who created this vision, who profits from it, and who is excluded?10

The technique of imaging a future home has been used extensively in advertising. Two well-known American examples are the Monsanto House of the Future (1957) in Disneyland11 and Frigidaire's "Kitchen of the Future" featured in General Motor's Design for Dreaming (1956) industry short film.12 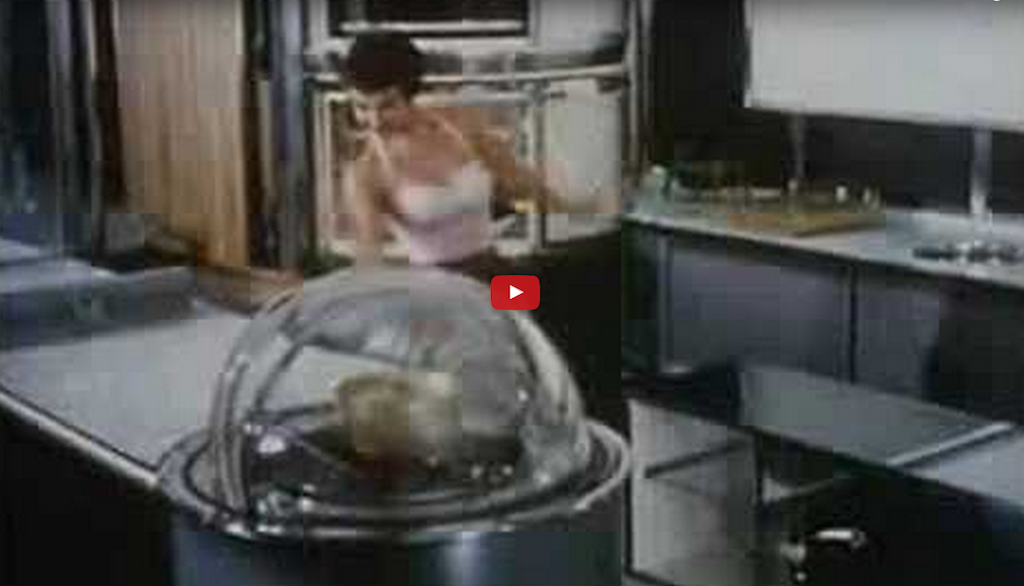 These ads showcase the companies' products and capture what these industries believed was useful and desirable at the time.

There are notable similarities to how connected products are pitched today.

Then, just as now, these product showcases promise time-saving, ease of mind, and more leisure. The home is viewed as a place of domestic labor and where efficiency is needed. Therefore, much of the focus is given to automation.

Here we return to Engelbart. He noticed this emphasis on automation in human-machine interaction, to which he responded: Augmentation not automation.13

There is great opportunity for technology to augment human intellect. However, challenges remain as we move into a new era of human-machine interaction, where computing is ubiquitous, where it more rapidly affects our built environment, and where corporations vie to shape our domestic lives.

Now is the moment to go beyond automation and determine what augmentation we desire.

2. Thanks to Scott Jensen for the pointer to Engelbart's work for this context: jenson.org ↩

7. Thanks to Ame Elliot for articulating the differences in lifespans for architecture, connected objects and digital services: simplysecure.org/blog/lessons-from-architecture-school-1 ↩

10. Thanks to Alexandra Deschamps-Sonsino for the critique of past "homes of the future." ↩